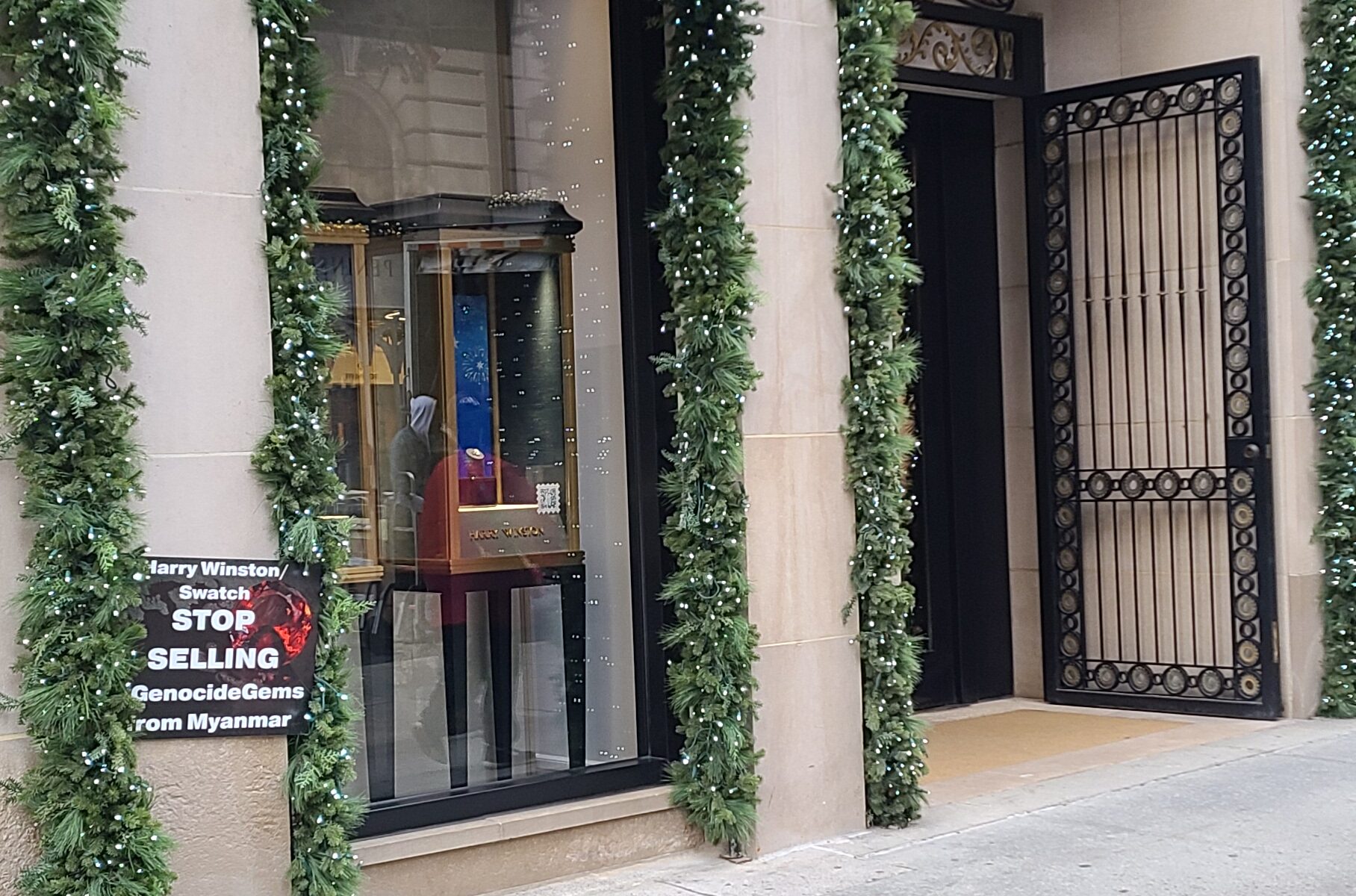 Under pressure, Harry Winston announces it will no longer sell #GenocideGems

International Campaign for the Rohingya applauds the announcement today by luxury jeweler Harry Winston that it will stop buying gems that originate from Myanmar (Burma).

In a post to its social media, Harry Winston (owned by Swatch) announced today that it “will no longer source gemstones from its suppliers that have Burmese origins, regardless of their importation dates.”

Harry Winston announced its decision on the day when International Campaign for the Rohingya and No Business With Genocide delivered to Harry Winston’s flagship New York city store a petition with over 25 thousand signers that demanded the jeweler stop buying Burmese origin gems that profit the Myanmar military.

“Myanmar produces more than 90% of the world’s rubies and jade, and these stones command the highest prices on the international market. The military dominates the gemstone industry in Myanmar. Its extensive commercial interests in gemstone extraction and trade mean that the military profits when high-end jewelry retailers buy Burmese gems for their collections,” stated Simon Billenness, Executive Director of International Campaign for the Rohingya and Director of No Business With Genocide.

The United Nations-mandated International Independent Fact-Finding Mission urged the international community to “sever ties with Myanmar’s military and the vast web of companies it controls and relies on” as “any foreign business activity involving the Tatmadaw (military) and its conglomerates MEHL and MEC poses a high risk of contributing to, or being linked to, violations of international human rights law and international humanitarian law. At a minimum, these foreign companies are contributing to supporting the Tatmadaw’s financial capacity.”

Original description: “A festival of fascinating colors, it symbolizes fiery passion with a 5.02 carat sugar loaf Burmese ruby with 11 round rubies weighing a total of approximately 3.72 carats.”

Original description: “An inspiring sign of commitment, a heart-shaped diamond pendant formed of 32 baguette and 6 pear-shaped colorless diamonds weighing a total of approximately 3.73 carats is crowned with a 1.39 carat heart-shaped Burmese ruby.