Kuala Lumpur: The International Campaign for the Rohingya (ICR) has sent a petition to PETRONAS, calling for the company to stop operations or investments in Myanmar by January 1, 2018, in protest against the Myanmar’s government’s repression and violence against ethnic Rohingya.

International Campaign for the Rohingya (Malaysia) President, Tengku Emma Zuriana Tengku Azmi, who is also the Ambassador to Malaysia for The European Rohingya Council, stated that: “The withdrawal of Petronas from Myanmar would send a strong political and economic signal to the government of Myanmar that it must end its repression and violence against the Rohingya.”

Since late August, Burmese security forces have waged a campaign of ethnic cleansing and committed numerous crimes against humanity against the Rohingya population, a long-persecuted ethnic and religious minority group predominantly in Rakhine State. In response to these abuses, more than 600,000 Rohingya have fled to Bangladesh over the past two months.

United Nations investigators who have conducted interviews of Rohingya refugees in Bangladesh have noted “a consistent, methodical pattern of actions resulting in gross human rights violations affecting hundreds of thousands of people.” The UN High Commissioner for Human Rights, Zeid Ra’ad al Hussein, has called the scale and nature of the atrocities in Rakhine a “textbook example of ethnic cleansing.”

Despite international condemnation, Burmese authorities continue to restrict access to the region for most international humanitarian organizations, a UN fact-finding mission, and independent media. The commander-in-chief of the Burmese military, Senior General Min Aung Hlaing, and other Burmese officials, refuse to acknowledge the atrocities their forces have committed.

“As Malaysia’s largest corporation, PETRONAS needs to demonstrate that Malaysian companies operate responsibly around the world and avoid doing business with governments that are complicit in acts of genocide and crimes against humanity,” stated Tengku Emma Zuriana Tengku Azmi. “PETRONAS must respect the views and values of its customers, employees, and shareholders, who do not want PETRONAS to become complicit in genocide against the Rohingya’s.”

Tengku Emma Zuriana said the petition will be sent to the company next week and will be brought to parliament for debate. She said that she hoped the petition would attract the support of members of the parliament. “Since PETRONAS is owned by the Malaysian government, the company’s policies and practices reflect on the reputation of Malaysia and its people,” stated Tengku Emma Zuriana.

In October, a group of investors, with over US $53 billion of assets under management, wrote PETRONAS concerned about the company’s reputation in light of its operations in Myanmar (Burma) and the recent attacks on Rohingya communities by the Burmese army.

Organized by the International Campaign for the Rohingya and Azzad Asset Management, letters signed by 31 investor organizations representing more than $53 billion in assets under management were sent to executives at six oil and gas companies, emphasizing the serious risks of doing business with the Myanmar regime. Commodities make up a majority of Myanmar’s exports and are often controlled in whole or part by the armed forces.

Simon Billenness, Executive Director of the International Campaign for the Rohingya, said: “Corporations that do business in Burma are supporting a government engaged in ethnic cleansing and possibly even genocide against the Rohingya. The oil companies in Myanmar must take affirmative steps to avoid complicity in these crimes against humanity.”

ABOUT INTERNATIONAL CAMPAIGN FOR THE ROHINGYA
The International Campaign for the Rohingya advocates and amplifies the voice of the Rohingya with international organizations, governments, corporations, and civil society. Its mission is to help the Rohingya secure peace, security, and their rights wherever they reside.

3 thoughts on “Press Release: International Campaign for the Rohingya (Malaysia) petitions Petronas to withdraw from Myanmar” 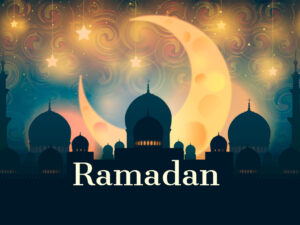 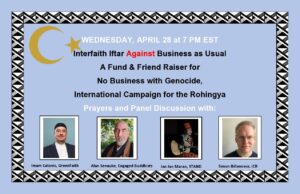